“Age is an Inside Job – forget the numbers!”

Benjamin Edom – a Lifetime of Experience

“It’s a pleasure to share my love of the sea with people – and the joy and freedom of paddling a ski on it!” 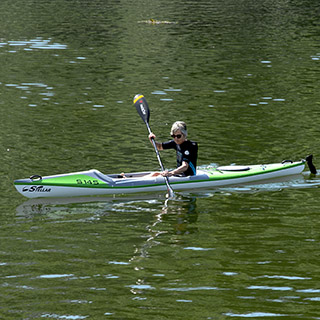 for people with little or no experience of ski and some knowledge of paddling. Providing a sound foundation of fundamental principles, safety considerations and techniques to practice at home.

Providing coaching in ski-specific seamanship and paddling techniques for paddlers with some experience of ski and other disciplines. Aiming at a more focused and proactive approach. 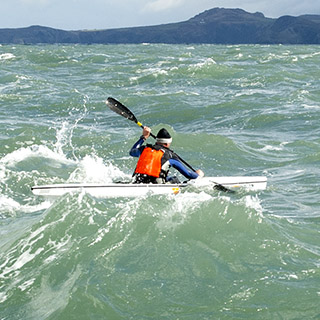 An intensive weekend. Weak points will be targeted, solutions offered, discover a multitude of ways to enjoy and achieve more every time you go out. Expect an even more disciplined and competitive environment. 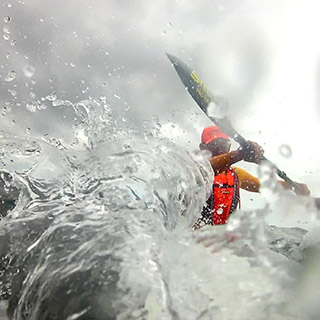 When you’re ready to take your performance to the next level, build on your established surfski experience. Enjoy more power, speed, and efficiency every time you train, ride the runners – and race!

“This man has spent an unhealthy length of time on the water, particularly the sea!”

Born on a boat and with a Royal Navy shellback and a mermaid for parents, Ben Edom learned to swim, row and sail by the age of three. Brought up on and beside the sea, he later worked deep-sea and as sailing and canoe/kayak instructor before race success earned him a place on the British team, with national championship wins in sprint C1 and C2 1000m.

An active surfski competitor, Ben is also a qualified British Canoeing Race Coach and Surfski Coach with lifetime of experience on the sea and boats. He has traveled the world, including working in Europe, America and Australia, where he lived and paddled surfski from the Sunshine Coast and Sydney surf beaches for 10 years.

“Each paddler is a unique individual with their own dreams and goals. My job is to facilitate their journey towards recognising, believing in, prioritising and achieving those goals, while discovering more depth and meaning in themselves and their lives.”

Ocean Ski Courses Based in Pembrokeshire

Surfski Wales Ocean Ski Coaching is based in Fishguard, North Pembrokeshire, where the mild, pristine oceanic waters of the Atlantic begin their dance with the Irish Sea. This is an idyllic location for Surfski in breathtakingly beautiful surroundings, offering 27 surf beaches within easy driving and friendly, welcoming locals, including seals, sea birds, dolphins and the occasional whale!

There are sheltered bays, wild tidal races, and everything in between to challenge and develop your skills, whether you’re new to surfski or a seasoned racer, North Pembrokeshire offers a comprehensive range of opportunities for classic passage-making downwinds.

For ideas on accommodation or other services around Fishguard, why not check out VisitFishguard.co.uk ?